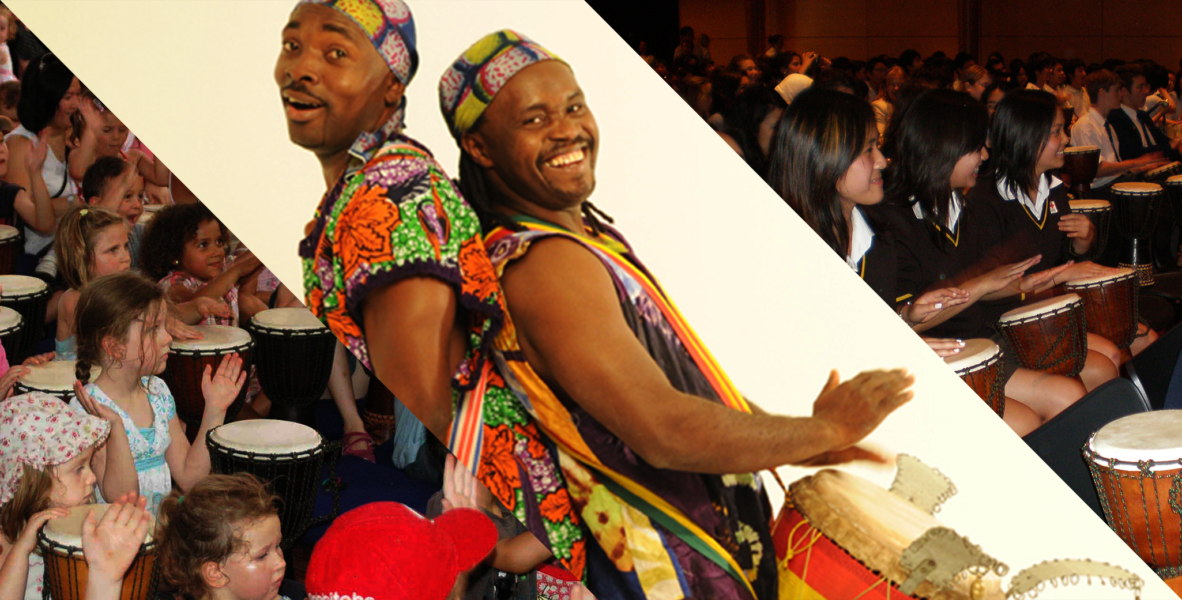 Drumming heals and this is why Robert Lawrence Friedman. wrote The Healing Power of the Drum.

The book raises awareness of the hand drum being from merely a musical instrument to a tool that can be used by individuals to attain psychological, physiological and spiritual well-being.

Following are excerpts from the book:

The merging of science with the healing qualities of the hand drum is a relatively new development when we consider that the hand drum has been used for thousands of years in celebrations, rituals and ceremonies.

Some of the psychological applications in which hand drums are being used include assisting veterans to release the emotional pain of post-traumatic stress disorder, releasing the pent-up anger and negative emotions of “at-risk” adolescents, and promoting health in corporate executives through releasing their day-to-day stress, in addition to many other applications.

As a drum facilitator and psychotherapist, I have personally witnessed the power of the drum to relax the tense, energize the tired, and heal the emotionally wounded. I have also observed the hand drum’s extraordinary and consistent ability to create states of euphoria, induce light trance, promote play, release anger and promote feelings of community and unity.

My hope is that through examining the breadth of work that is available we can realize that the application of rhythm and its ability to heal the body, mind and soul is boundless. In this century, when we seem to be moving farther and farther away from ourselves and our deeper needs, the drum, through its simplicity, effortlessness and naturalism, offers us a link back to that which we knew before technology separated us from our soul.

Through providing a channel back to our deeper nature, the drum concurrently provides those who use it with a link to others. The drum seems to have the capacity to unite all individuals who choose to experience it together. Despite race, religion, colour, creed, background, or ideology, all are joined together through this ancient instrument’s calling. The drum, therefore, becomes a vehicle for transporting all who utilize it, across all boundaries, to an experience of wholeness and community.

As our life spans become longer and longer, mental problems such as Alzheimer’s disease and dementia become more common. Many people with these diseases eventually require institutional care. Nursing homes are required to provide activities for residents which enhance the quality of their lives. Playing drums has been found to be the ideal activity for people with diminished physical and mental capacities.

Researchers have found that because rhythm is so intrinsic to our nature, Alzheimer’s patients, even in the latter stages of the disease, can copy simple rhythms played on a drum. This form of interaction takes on great significance when all other forms of communication have been diminished. Drumming seems to focus Alzheimer’s patients for a short time, and they seem momentarily coherent. These interludes, however brief, are priceless to loved ones.

Stress is basically a disconnection from the earth, a forgetting of the breath…It believes that everything is an emergency. Nothing is that important. – Natalie Goldberg

How does the drum help to relieve stress? There are numerous ways this occurs. When people drum, they are generally having fun. It is difficult to be in a playful mode and be stressed at the same time. Also, as described previously, the drum has the capacity to release negative feelings – of which stress is clearly one. When one hits the drum, he or she is placed squarely in the here and now. Some of our stress is created from past or future thoughts of fear, worry, or regret, but it is very difficult to be stressed and be in the present moment.

Drumming increases our Alpha brainwaves, those brainwaves associated with feelings of well-being and euphoria.

In the book, Dr Barry Quinn, a licensed clinical psychologist, describes his results of working with drumming to increase the Alpha brainwaves of his hypervigilant (highly stressed) patients.

“Until recently, I had never found anything that increased Alpha waves in people that needed most to have more of them, and I am speaking specifically of the hypervigilant population…

“It was suggested to me that I do some research with drums and Alpha waves. Not expecting anything really, I went ahead and did an experiment. I got an Alpha wave baseline from participants, which was, of course, typically low (below 10 microvolts) and had them drum for half an hour… The ones I tested got a normal Alpha wave pattern after thirty-minutes of drumming, which means that their Alpha waves doubled. They went from 10 to 20 microvolts just in the course of one drumming session.

“One of the participants was a friend of mine. I had done 15 neurofeedback sessions with him and gotten him into theta waves but had never been able to get any Alpha waves from him. The drumming was the first and only thing that allowed him to produce Alpha waves. I was quite impressed. I was also impressed by the fact that the Alpha waves occurred in these hypervigilant, high stressed people after only 20-30 minutes. It wasn’t after five sessions. It was immediately after the first drumming session.”

The Drum – So Powerful, Yet So Simple

I can honestly say that I never bring drums and people together without several people coming up to me afterwards, expressing wonder, excitement, and even euphoria. The credit belongs to the drum, the magical, sacred drum, which has the extraordinary power to touch something deep and powerful within all. It awakens an aspect of ourselves that lies dormant until it hears an ancient calling through the rhythms of this healing vehicle. These sounds awaken our spirits and speak to our most primal and truest selves.

The drum touches that part of us that knows nothing of cell phones, faxes and deadlines. This part of us to which the drum speaks knows only inner peace, self-expression, and that which is our very basic life force. Drumming creates an island in time, where all else is shut out except the rhythms that issue forth from your fingertips at your pace, expressing your feelings at that present moment. Is it any wonder our souls hunger for it? The only wonder is that a need so vital could be supplied by a vehicle so simple-the drum.

Robert Lawrence Friedman, MA, is the author of “The Healing Power of the Drum”, psychotherapist, president of Stress Solutions. He has appeared on The Today Show in New York, Fox News and the Class of ’75, a Discovery Health channel series, sharing his philosophy of drumming and wellness.

African Beat is passionate about the many ways that drumming heals participants in our interactive sessions. Check out our options here.